If you work with hot metal, you’ll know how important it is to have something to hold that metal with besides your hands. Since a blacksmith forge is usually around 2000 degrees Fahrenheit, you need a set of tongs. If you’re just getting started in blacksmithing or just need a refresher, this guide will explain the different types of blacksmith tongs and what their uses are.

First, we need to determine what blacksmith tongs are and what they’re used for. Blacksmith tongs are basically a large pair of metal tongs used to grip and maneuver heated metal. They can also be used in shaping. There are many types of tongs that serve different purposes in blacksmithing. What type of tong you use depends on the type of project you’re working on.

Things to Consider When Choosing a Pair of Tongs

The main thing to keep in mind when you’re in the market for a pair of tongs is your skill level. If you are just starting out with blacksmithing, it would be wise to go with a type of tongs which has multiple applications. However, if you know more about what you’re trying to make or do, you should keep your specific goals in mind.

Another factor to consider when choosing a pair of tongs is weight and handle length. If you’re a beginner, a length of around 18 to 22 inches and a weight that is on the lighter side is a good starting point. There is no universal perfect length to weight ratio, though, as these factors are all about personal preference.

Most practically, money is a big factor in choosing a pair of tongs. Obtaining your new favorite tongs doesn’t always have to be expensive. In fact, most blacksmiths make their own or modify existing tongs to suit their needs and cut down on cost. If you’re just starting out, though, it’s a good investment to buy a decent pair of tongs. Bad tongs could mean a bad first impression with blacksmithing, so buy from a reputable brand and try not to skimp. 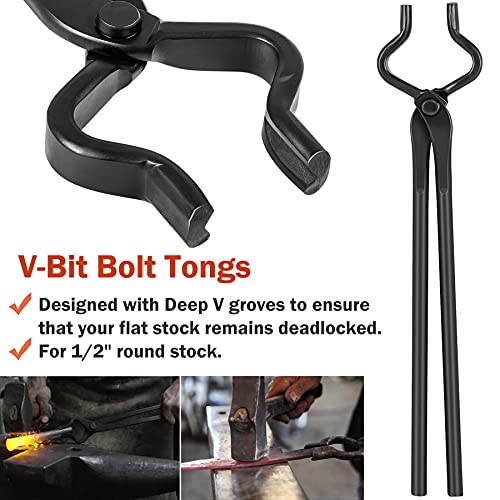 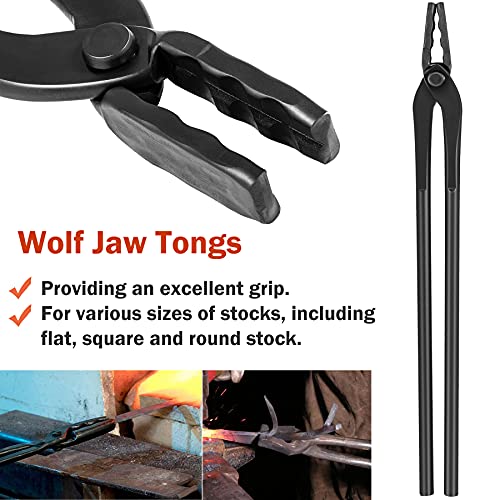 V-bit tongs, along with wolf jaw tongs, are the closest options to universal. If you’re just looking for a pair of tongs that will be good for general use, these two types are the way to go. Whether you prefer V-bit or wolf jaw tongs is up to personal preference.

V-bit tongs are good for holding both rounded and squared workpieces, while wolf jaw tongs have more applications when working with round stock. 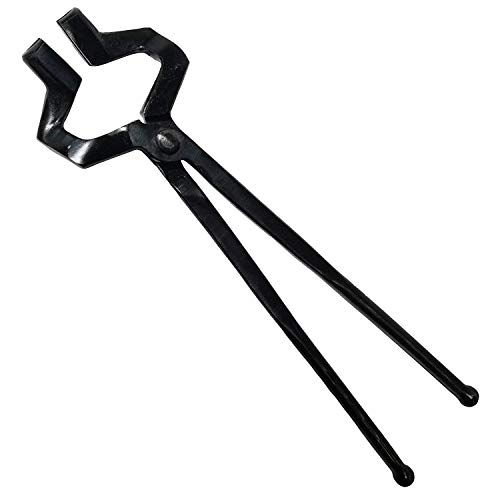 If you are interested in forging knives and other blades, Z-jaw tongs are an excellent choice in addition to your general use tongs. They have a special z-shaped jaw that is ideal for holding blades, but they aren’t good for much more than that. 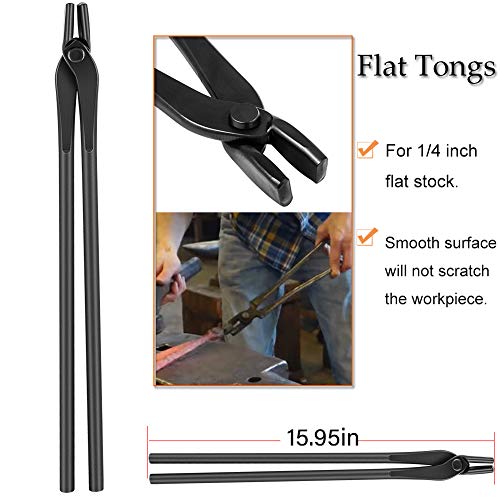 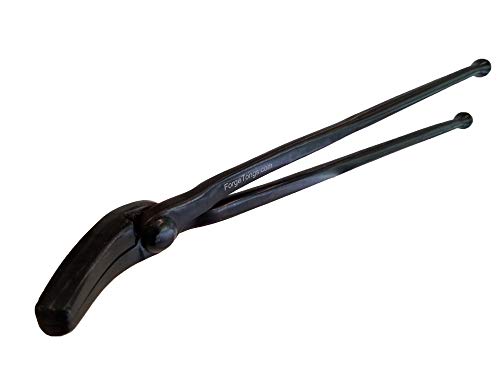 Much like flat jaw tongs, duckbill tongs are best used with flat stock. They, too, can become other styles of tongs, but such a project may require more experience. 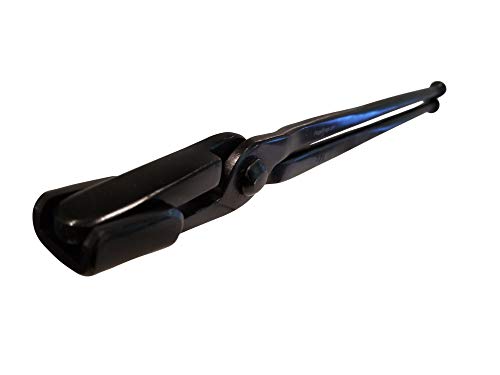 Box jaw tongs are another style designed for flat stock and bladesmithing. These come in different sizes to accommodate different widths of stock. Because of this, they’re less versatile if your project requires multiple widths of metal. 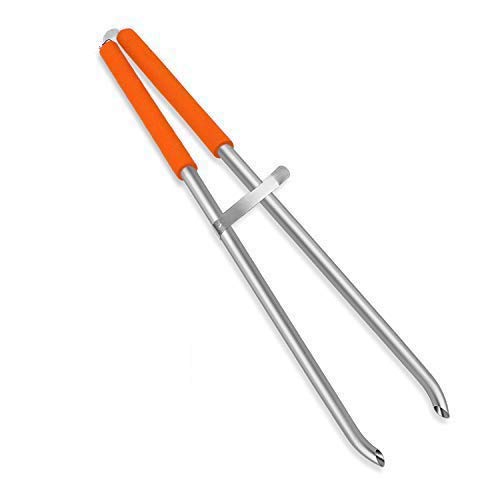 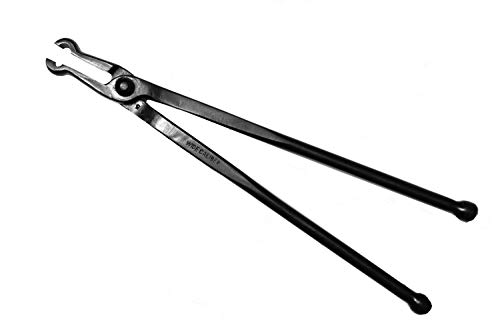 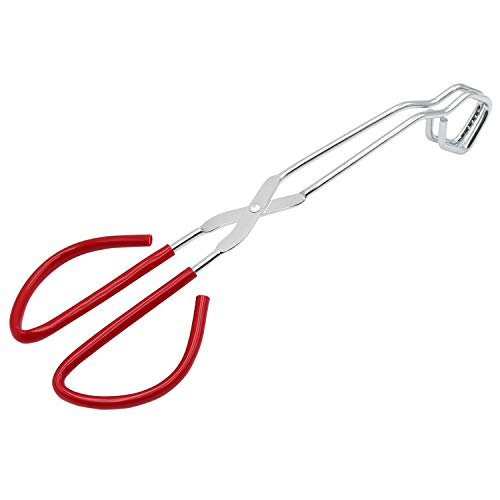 Pickup tongs, as the name suggests once again, are mostly used to pick things up, such as a dropped workpiece. Bent knee tongs have the same use, but their jaws are bent at about a 90-degree angle.

Rivet tongs are used to hold rivets while hammering them in. They have a similar design to pickup tongs, so both can hold tools while you hammer them.

Hammer tongs are used when forging hammer heads, and not much else. Unless that’s a project you’re working on, you probably won’t need a pair of hammer tongs.

Spreading tongs are designed for use when shaping metal pieces. They work in the opposite way as other tongs, as they open when you close the handles. If you are interested in making detailed works, these might be a good choice for you.

As you can see, there are a lot of options when it comes to tongs. Ultimately, what you choose depends on your preferences as a blacksmith and the kind of work you do. If you’re interested in learning more about blacksmithing tools, check out our other articles on the subject.